I have a baclofen pump installed in my abdomen. In 2012, I had the pump installed. I get very bad reactions to oral baclofen. Baclofen is muscle relaxer. By taking baclofen through a pump system, I avoid all the bad side effects.

The first operation was a really significant operation, where the doctor has to create the pouch for the pump in the front side of the patient. Then a catheter is placed up the patient’s spine. This surgery results in both front and back incisions to the patient. The second procedure, which I had is much less invasive. It is essentially a battery replacement, but they do not just replace the battery, they replace the entire pump. 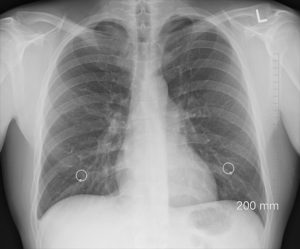 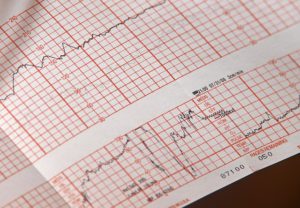 So off to the testing center I went, which means I transferred from the hospital bed to the power wheelchair with a patient lift to the van. Apparently, my blood pressure was too low, and my general practice physician had to adjust my blood pressure medicine. What they didn’t tell me at the center was that my EKG was bad. I canceled an appointment for an EKG, because I didn’t know why they would have me take two EKGs in one week. My general practice physician saw me and told me that I had done badly on the initial EKG and a second EKG was ordered.

I rescheduled the EKG and I apparently passed. I got medical clearance and I was a go for the operation.